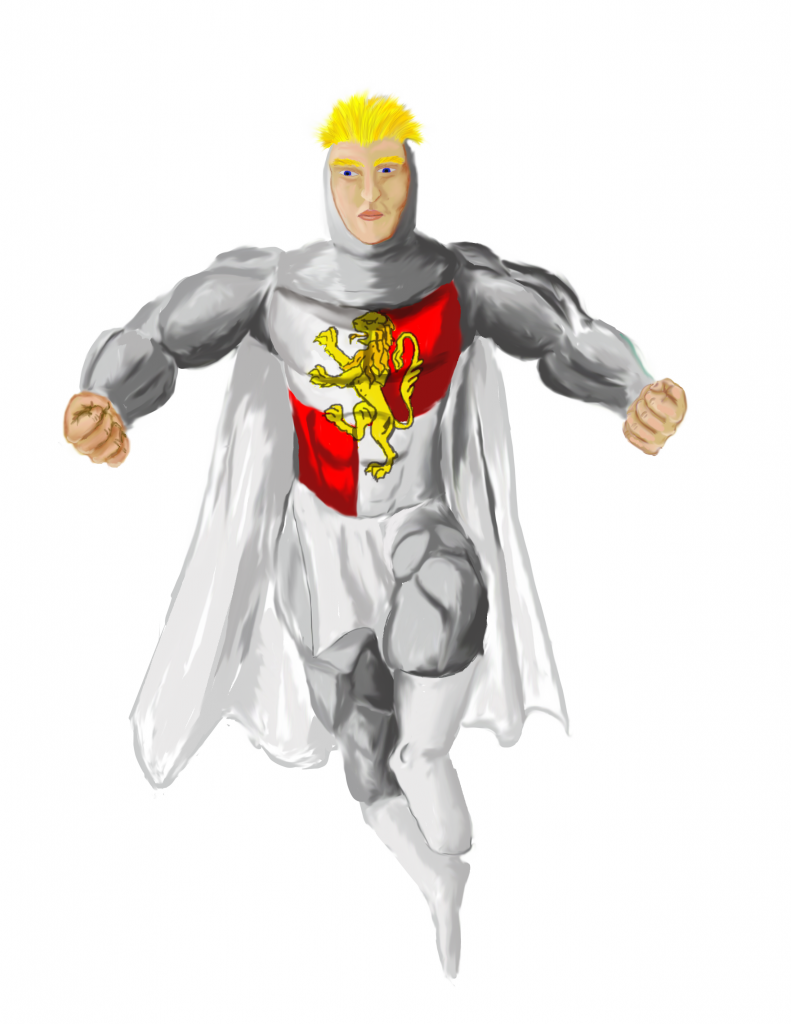 In my years of gaming, I’ve noticed that players have an aspirational need that they work to fulfill with their characters. As I’m writing this I only have a vague concept of what some of those are because I’ve never sat down and tried to hammer them out. It might be worthwhile to do so and there may be a way of running a game that uses aspirations to make characters more enjoyable.

A few of the big aspirations that are easily identified are power, control, safety, intelligence, wealth and influence. These concepts seem to show up in all players but in differing amounts. Occasionally a player will very strongly make choices toward one of these in reaction to the game world. More commonly the player decides on some kind of balance that they feel comfortable with.

That by itself is an interesting concept to me as a game designer. Particularly, am I providing access to the types of aspirations the players want? If a players aspirations are provided for, what changes occur in their play? Would they become more interested or less because the character is “finished” as far as what the player wants for them. Does keeping a character from their aspirations serve as a motivator or does it make the game less interesting?

I would like to experiment with this concept but I’m not sure of how just yet. It would be interesting to allow players free access to these aspirations and let them tune characters in play when they feel they’re not being met while keeping a concept of them being a finite resource.

To flesh out a game system that would do this, I imagine each of the aspirations being equivalent to an attribute. The player would start out even in all their abilities but would be able to shift their aspirations a set number of times to start out with and as they advance.

To allow the player characters to scale their ability, let’s steal from the Energy System and say each character starts out with a dice pool. As they advance, they can buy more dice or buy shifts in their aspirations. Rolling more dice allows for more chances of success.

Each aspiration is a number from 1 to 6. Rolling the aspiration or lower gives a success. Rolling more dice allows for more chances of success. I think all aspirations would start out at two, possibly with one starting at three. This would allow for one aspiration to be a 6 and the rest to be at one. That way there is a clear choice to make. Does the player want to be excellent at one thing? Will they enjoy playing a min-maxed character?*

Just to make things more complicated, there are intersections between aspirations. For example, the ability to throw a football accurately could be control, but the ability to throw it far and accurately would be power and control. So combining these aspirations is important in certain circumstances. Mapping out these split interactions mathematically would lead to a tangled mess of stats and be frustrating when shifting the aspirations. Instead, designating how many successes are needed along each would be more practical. A GM could say “You want to throw the football thirty yards to John, roll for one power success and one control.” and the effect is achieved.

With some refinement that could be a viable system. I’m most interested in how it effects player enjoyment of the game.

*Personally I feel that if a game can endure a min-maxed character, and still have them be functional and interesting to play, it’s doing something right.

If a ship’s pilot wants to leave a solar system, there’s a navigation challenge to plot a course out. A common misconception is that you’d simply point the ship away from the star and start the engines.

In reality it’s not that simple. If you look at the Cassini space craft’s flight path, it actually takes a dive toward Venus before heading into the outer solar system. Looking at any space probe’s flight path thats been launched, we see a spiral flight path. Why is this? Isn’t a straight line the shortest distance between two points?

Theoretically a straight line might be the shortest, but unless you have an unbelievably powerful drive system, it’s wasteful and likely impossible to do.

For another example, if you watch a rocket launch, you ‘ll see the vehicle curve as it flies upward. This was more evident in old space shuttle launches. The roll and the curve of the take off was easier to notice. Why not just fly straight up? For one, if the rocket went straight up it would not enter orbit. It would launch up into the air, possibly making it into space but would then fall back to the earth once it’s fuel ran out. By moving sideways on it’s ascent, when it starts to fall it misses the earth and thereby enters orbit.

If the target is another planet in the star system, it must be moving fast enough to miss falling into the star it is near. This falling toward and missing is how things orbit.

In a similar way, we are orbiting the sun. If a spacecraft were to fly straight away from the sun, it would start to fall back towards the sun as soon as it’s engines were shut off. The further out the space craft traveled, the slower it would fall but it would none the less fall.

Another reason to follow an indirect path is to intersect with planets and other large gravitic bodies that the craft can steal a little momentum from and use it to speed the vehicle up without using its fuel. This gravity assist is crucial for any vessel that has a fuel supply that isn’t infinite. Although it seems strange that Cassini should move away from Saturn so it can get to Saturn faster, flying in an indirect path is the faster and more efficient.

My one player commented how flying out of a system isn’t rocket science (no really, those were his words). I laughed and answered “It absolutely is rocket science. It’s more complicated than it sounds.”

Ships in Jump Temp would never fly directly away from a star, and might occasionally drop toward the star to get a gravity boost from planets. Falling closer to the star in the middle of a system cannot be used for a gravity assist but can be used for an Oberth effect which is a little complicated but if you’re curious, you can check out  on Wikipedia.