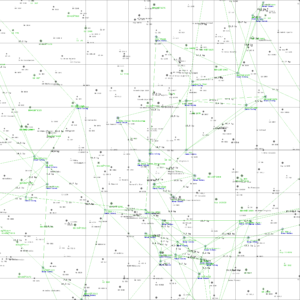 I was leaping down the rabbit hole that the internet is, and found a comic called Drive that has some very similar ideas to the game I’m working on Jump Temp.

The comic story and the game story are actually very different, but there are key elements that show a similarity. The drive tech is discovered by accident and while it can be modified and recreated, no one knows why they work. The other is a class of characters that are very short lived, are big and strong. And there are no shields.

Okay so other than that, the two stories are very different. I just thought it was a little weird. And you should check out Drive if you haven’t already because it’s funny and well done.

We’ve been playing two games that run on the Energy System lately. Jump Temp is a space opera that’s near future maybe 50-100 years from now. Protector is alternate history where aliens attack earth and super heroes save the world, are idolized, take over the world and then are hated.

We’re having fun in both. Jump Temp had the players transporting an alien government official which I would have loved to spend more time on but it was getting late after character generation. In Protector, the heroes were investigating a newly formed volcano off the coast of Scotland and found a giant lava snake and lava coated robots. Pure fun! I’m looking forward to continuing both games.

My last post was about getting larger numbers represented in the system and that’s really opened things up as far as functionality. It’s also brought a lot of clarity to the system. The thing is that the Energy System just plays differently than any other system I’ve played. As GM I have to keep reminding myself that small challenges are ok. The idea that a hero is invulnerable to small fries hasn’t happened yet. I have a feeling that we’ll get there, so I’m working on tweaking the system so that it doesn’t.

It also paces itself differently and I’ve been struggling to not fall into old habits formed from every other game I’ve played. I’m starting to feel the system’s flow a bit now and that’s good. I wonder how other GM’s would handle it though.

Although I tried to keep the concepts in the game to a minimum, they are a bit alien to players but after a play or two they’re starting to get the ideas. Heck, I’m trying to write the games using the simple concepts and I don’t always get it right. Things like money are a challenge to handle but I’m getting that nailed down.

All in all, the game takes adjustment, but it does things that I’ve always wanted in a game. It organically handles normal RPG fare like combat, but also deals with something like a space flight being mentally fatiguing. Most of our last Jump Temp game was the new crew dealing with two transits they had to make. The interesting thing is, the players enjoyed it! The Artificial Intelligence character wasn’t challenged by the trip though and the player lamented that he wasn’t getting in on the action.

So we’re having fun and the Energy System is maturing. Watch this space!